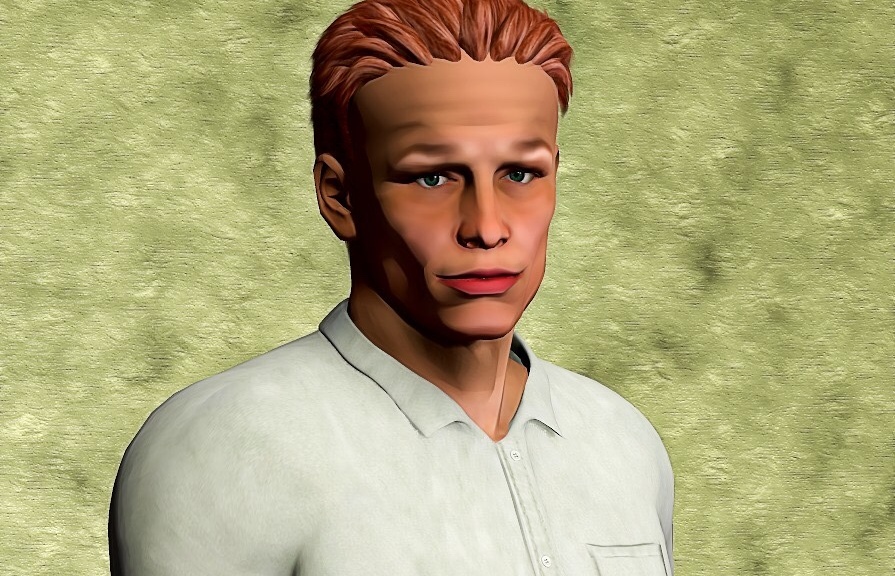 Daniel is son of hotelier Rodney Weir. He is heir to the WEIR HOTEL chain with sights set upon running the City Main Weir after his father retires. Running a hotel in the Shady City isn’t without its challenges. It requires complete discretion, the ability to overlook shady doings and a firm hand when guests get out of control. This lack of moral thinking never really sat well with Daniel and through it he and his father clashed. Rodney had at least hoped the support of KAPPA SO brothers would help Daniel survive in the Shady City but pledging required a spirit that Daniel just didn’t possess. A night at the CHAPTER HOUSE left Daniel in hospital. After this event Daniel swore he no longer wanted anything to do with his name sake hotel or the father who was pushing him to be someone he just wasn’t.

Kind spirited, trusting and loving, Daniel sought the quiet life of a photographer instead. When he met a music student, VINCENT BAINES, he finally started to drift into the life he had always wanted. A loving partner, a nice home and a promising career it seemed Daniel had it all. But that danger his father had always tried to prepare him for ran deep under the grounds of Coldford. Even the beautiful suburbs of FILTON was not far enough away to escape it. His partner had issues, his home could not lock out psychopaths and his career would be cut short. If he had listened to his father, taken his place at the Weir and allowed himself to embrace the bad blood that ran through his veins, that same blood that allowed the Weir to survive, things might have been different.

Daniel learned the hard way that trust and kindness only get you so far when the policy of your family hotel is that once the reservations are made you pay no mind to what goes on behind the closed doors. His partner, Vincent, didn’t want that life for him either. He knew what good a person Daniel was and he shuddered to think of what the hotel life would do to him but no matter how far you run you can’t escape your true calling. Isn’t that right, Vincent?

Daniel can’t help but notice his partner, Vincent, is acting strangely. The muddy footprints, the unexplained absences. He’s letting his obessions get the better of him again and someone is going to get hurt.

Vincent Baines has made many mistakes in his life. What happened to Daniel was the biggest. He just can’t help his obsessions hurting the ones he loves.