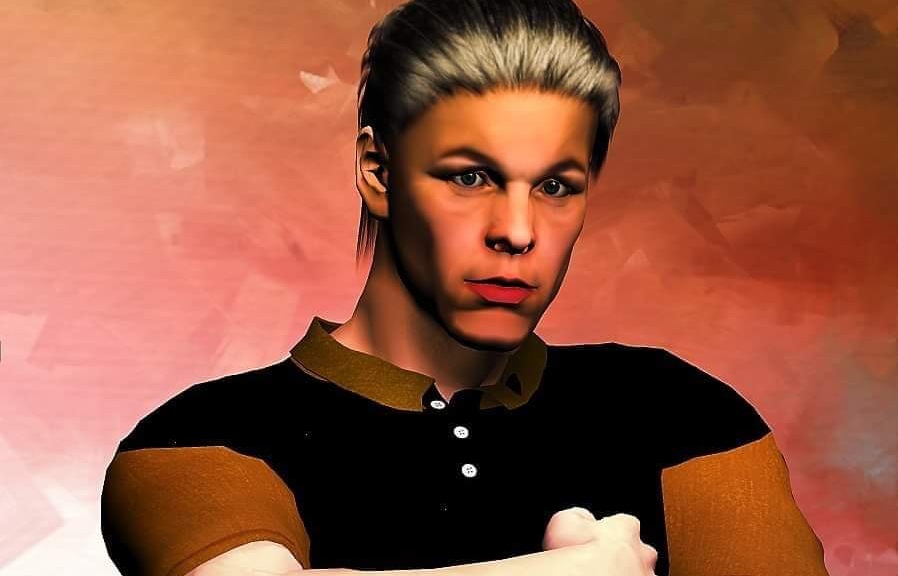 Like the rest of his fraternity brothers Cooper is from a long standing, wealthy family. They own Cooper Garage in FILTON, specialists in luxury vehicles such as Belle driven by Captain Charles ‘Chick’ Owen and Dales own Citrus.

Cooper is best friend and second in command to Bernard ‘BERNARD‘ Owen, whose family founded the Kappa So brotherhood. They are essentially over grown man children with too much wealth and too little responsibility. The Chapter House always plays host to wild parties and Cooper is always in the thick of them.

As far as the brothers are concerned Cooper is considered the level head. Raised by a father who is constantly barking like a mad dog Cooper has little to say. Among his bros though he is in his safe space.

His good looks, chick magnet bod and the flashy empire he has coming his way makes him a hot commodity and fills him with potential. Let’s just hope he can put the frat boy nonsense aside to achieve that potential.

The Kappa So bros have a bone to pick with the old Baroness of the Knock Knock club. They will find her resident of the Harbour House rehab clinic. Free to read on Kindle Unlimited.

Read it here online or download the Complete Season 1 of the Knock Knock graphic novel series for kindle. Free to read on Kindle Unlimited.