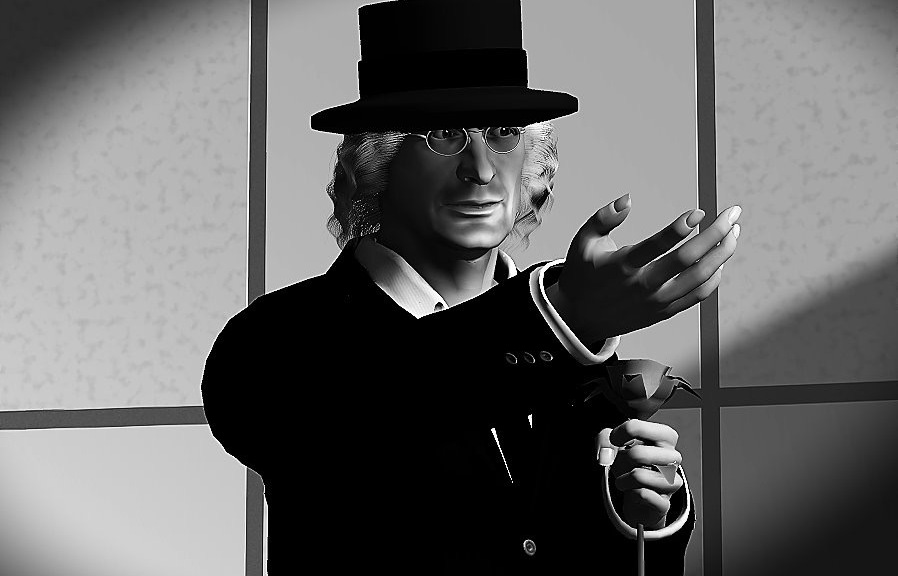 One might assume that the work of a funeral director in Coldford would never be done. The streets of the Shady City are perilous after all with violence, corruption and oneupmanship waiting around every corner. Eugene Morris doesn’t let that distract him though. His job isn’t a pleasant one but it must fall to the hands of someone. He finds himself in homes from the Shanties strips to the mansion houses of Filton. Death is equal in its pursuit.

He treats his clients with the utmost respect, courtesy and dignity. In return he expects nothing less for himself. No matter the name, BECKINGRIDGE, OWEN, DOYLE or FULLERTON, they all lie the same way on the Tailor’s table. Eugene pays no mind to disputes and squabbles rising around him. It is simply his job to clean up the mess and kiss the foreheads of those who would otherwise be forgotten about. No one would want him choosing sides anyway. When death favours, things get really messy.

He earned the title of The Tailor because of the attention to detail he places on his client’s final suit. Exceptionally talented at capturing the life of the deceased in how they are laid to rest, his skills as an actual tailor come in quite handy. He is whimsical in appearance, timeless and elegant. Eugene is a personable enough man, pleasant and kind but like the death which he serves no one really wants him to be knocking on their door.

Harbour House rehabilitation clinic brings together regrets, losses and life long bonds. If the program doesn’t work then there is always space on the Tailor’s table.