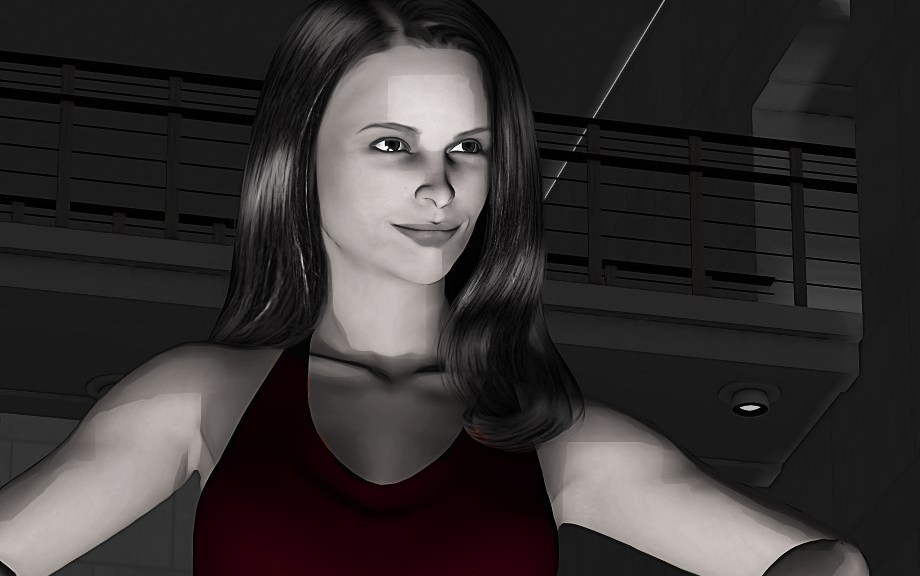 She has firmly dug her nails into life in Shady City. She has crawled from the bottom of life’s heap to gain her position and she won’t give it up easily.

Little is known about Tabitha prior to the opening of the Knock, Knock Club but given what she is capable of it can only be assumed she came from no place good. Fortune smiled on her in the form of her beloved aunt – also known as THE BARONESS.

Knock Knock opened under her guidance and she has never looked back since. She isn’t without her support. Backing her with unshakeable loyalty are the powerful PENN family of City Main. The Penn triplets: Marcus, Simon and Reggie being her closest friends.

Tabitha is responsible for an event known as the FREEFALL MASSACRE which saw countless benefactors leap from the luxury BECKINGRIDGE TOWER in the business district to their deaths. Tabitha is a mean queen who is not an easy target to topple.

Tabitha is wily, nasty and comically self absorbed. She has few emotional triggers but they may be worth exposing if the Knock, Knock club is to ever be taken down.

The complete season 1 of the Knock Knock graphic novel series free to read here, or download for Kindle Unlimited.

When Tabitha is sent to Hathfield Bay to meet her estranged grandma, she is given an inside look at the Cult of Wigan of which granny is a member.

The Knock Knock club was attacked and now the lovable Baroness is dealing with her trauma inside Harbour House. Safe haven or all part of the bigger plan?